I wanted to climb an 8c at the Tor for a while. Mecca Extension to me was the logical choice for an 8c because the 1st pitch is an 8b+ that I did last year and so had that part dialed. I love the moves and didn't mind climbing it again because the moves are crimpy, technical, balancy and you don't just need to be pulling hard, it's about climbing well. I tried the route a few times last year and decided that this year had to be the year!

So Raventor is a small roadside limestone crag in the Peak District. It has some of the country's hardest sport routes including Hubble, the worlds first 9a climbed by Ben Moon. The crag has a particular style that takes a while to get used to. This style suits me.

It is a 3.5 hour drive north form where I live, so it took a bit of commitment to get a good amount of time there. From about the beginning of April I was driving up every weekend and sadly the route wasn't dry. The heavy rains were causing seepage and the top section just before the last crux was wet every weekend. I kept my spirits high though and kept fit on the first 8b+ part of the route because as soon as the extension became dry I wanted to be ready for it! 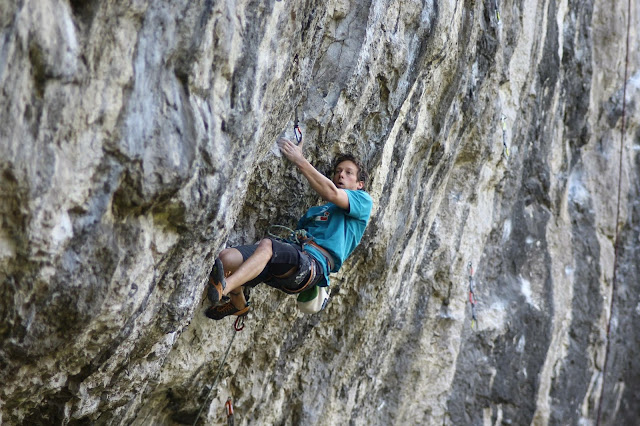 In fact by the time I actually climbed the whole route Mecca Extension I had done the bottom 8b+ section clean 19 times! Even using a towel on a wet undercut (kindly donated by Meera Dog).

So last week I was setting at Awesome Walls in Sheffield from Wednesday to Friday so it was a perfect opportunity to get on the route after setting as I was already up there.

Back at the Tor on the Saturday, instead of 3 holds being completely wet there was only one hold wet this time. I decided to just go for it anyway, I was just happy to be there and whatever happens - happens. I had a kitchen roll and when I went up to put the quickdraws in, I stuffed the kitchen roll in the wet undercut that was on the extension part. 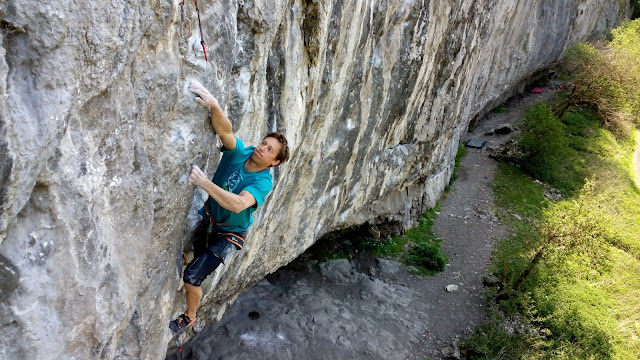 I then came down, belayed my climbing partner Ted Kingsworth on his project, warmed up again, and got ready for a burn without any expectations. I got throught he 8b+ part, shook out, moved on, pulled the kitchen roll out of the undercut, moved on, but something felt different than any previous redpoint, I felt calm, not shaky on the tiny foot holds. I clipped the last draw, reached up the left hand (horrible small sidepull) that had been my high point, and managed to close my hand properly on it this time witch allowed me to get my heel on the flake. At the point, I knew I had a good chance to finish the route as long as I could keep my focus for the next couple of moves. Luckly, I kept it all together, did the last couple of moves and screamed with happiness as I grabed the final jug!


Also wanted to say a big thanks to Evie to put up with me ;-), all those patient belayer I had and people helping me with advice, inspiration and motivation like Jim Pope, Ted Kingsworth, Ethan Walker, Sam Whittacker, Luke Dawson, Ben Moon, Keith Sharple, Ben Bransby, but also my friends Tim, Emma and Meera dog :-) for kindly letting me crash at their place and many more that I'm sure I forgot to mentioned!

Route done,just on time a week before a little climbing holiday in Tenerife for Evie's birthday, happy days :-) !